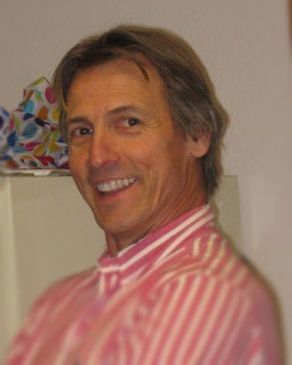 Dr. Hollerbach is a native of Toledo with a life-long love of the healing arts. He has spent ten years in higher education learning what the human body is made of, how it  works, how it breaks down and how to help a person back to health naturally. He earned a Doctor of Chiropractic degree with Honors from Life University in Marietta, Georgia in 2017. Dr. Hollerbach was awarded the Chiropractic Philosophy Distinction Award and the Earnest Arnold Speak Tradition award from Life University, two of the most prestigious awards given to the graduating class. He also earned a Bachelor’s of Science degree in Exercise Science while attending Life University. Prior to attending Life University Dr. Hollerbach attended Irene’s Myomassology Institute in Southfield, MI. for two years earning a myomassologist diploma and an advanced medical massage diploma.

Dr. Hollerbach had the opportunity to practice in dozens of countries around the world and any state in America but he returned to Northwest Ohio in order to be actively involved in the lives of his family, especially his two grandchildren. He is excited and honored to be a part of the Anthony Wayne and Whitehouse communities and looks forward to getting involved and being an active leader in the community.  He enjoys leading by example, and lives an active, healthy and sober lifestyle while continuing to grow his practice and educating others here and abroad as to the incredible benefits of chiropractic care.

As president of the Delta Sigma Chi Fraternity, Lambda Chapter, Dr. Hollerbach was instrumental in the founding of new chapters in both Germany and at Sherman Chiropractic College in South Carolina. The fraternity's mission is to grow and share the value of chiropractic and healthy living both here and abroad.

During his time at Life University, Dr. Hollerbach held numerous leadership positions helping to guide and encourage fellow students. He was extremely active in the World Congress of Chiropractic Students where he represented Life University on an international stage for eight straight years while traveling to five continents.

He was also a resident assistant at the Life’s Village Retreat for over seven years where he helped new students transition into student housing and helped create a supportive caring environment for each resident to feel welcomed and comfortable to succeed scholastically. In addition to being an RA, Dr. Hollerbach was a writer for the school paper, The Vital Source, writing articles relevant to student life on and off of campus.

In addition, Dr. Hollerbach worked for the athletic department where he drove a 46 passenger coach bus while transporting the collegiate athletes safely for seven years and to 25 states.

Previously, Dr. Hollerbach utilized his massage education to create Natural Wellness Therapeutic Pain Solutions in Temperance, MI in 2006. There, he helped people improve their health via therapeutic massage techniques. It was in 2010 that he  decided to answer his calling from 25 years earlier and make his dream of becoming a chiropractor a reality.
Contact Dr. Hollerbach